Home › Insights › Up via the stairs but down via the elevator

Up via the stairs but down via the elevator

China’s intervention in its sharemarket and its devaluation of its currency in recent weeks sent signals to the market that growth was on a lower trajectory. Yet markets generally held up until a few days ago. Corporate results generally did not meet expectations, amongst other factors leading to a sharp correction.

Here are a series of graphs to show you what happened.

There is a strong connection between fear and volatility. It is often said that greed builds slowly whereas fear acts fast and with large, violent moves. Volatility is greatest in uncertain times.

The most widely used and quoted measure of volatility is the VIX index. Given the relationship between volatility and fear it is also commonly referred to as the “fear index”.

VIX is the ticker symbol for the Chicago Board Options Exchange Market Volatility Index. It measures the level of implied equity volatility with reference to options on the US S&P 500 Stock Index. It is a real-time measure which provides crucial data to investors on the psyche of the market.

This is the index we look to when uncertainty and perceived risk is increasing. You can see the clear spike in the VIX graph below, more than doubling from 13 to 41 points over the week. 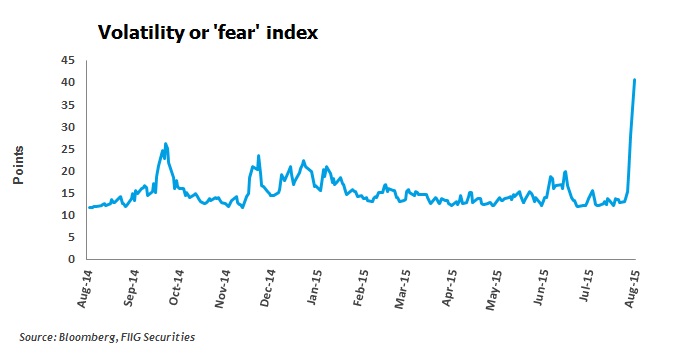 In essence, the Australian iTraxx is a proxy for the direction of credit spreads in bond markets. A rising number indicates perceived risk is increasing and thus investors are demanding higher returns on bonds. Investors would expect a corresponding decline in bond prices.

The Australian iTraxx is composed of five year credit default swaps (CDS) for the 25 most liquid and highly traded investment grade Australian entities in the market. Each of the 25 ‘entities’ is given equal weighting.

Importantly, it does not incorporate outright yields. The Aussie iTraxx only looks at the credit spread component that is overlayed or added to the base interest rates or yield curve. 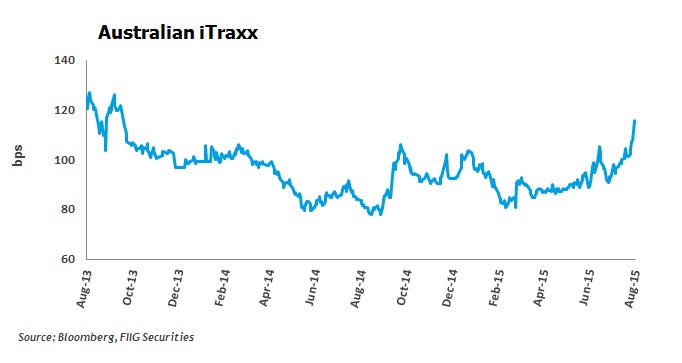 The US share market suffered its biggest sell-off in four years. The S&P 500 is down more than 10%, in official ‘correction’ territory.  Notable falls were the banks, with JPMorgan down 12.5% and some of the big corporations such a such as General Electric and Apple down 9% and 12% respectively. 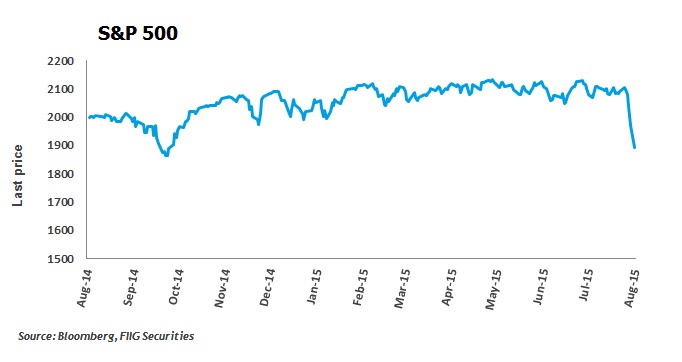 The ASX was not immune to the turmoil, falling from 5,368 points a week ago to 5001 mid-morning on Tuesday 25 August. Trading yesterday the S&P/ ASX 200 somewhat recovered and closed up around 2.4%. 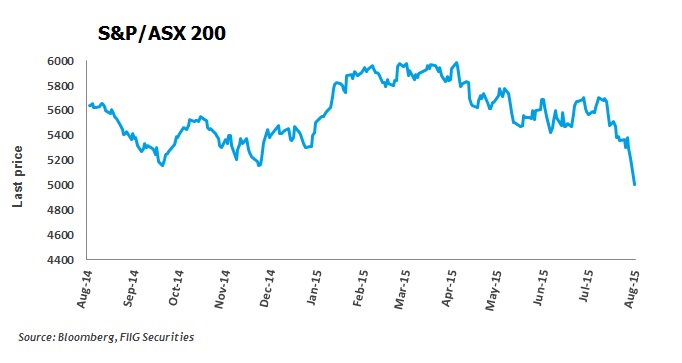 Significant falls in the price of crude oil, over the last year has been another contributor to poor sentiment. Over the last week the Crude Oil Commodity Futures Index has declined by another $4. 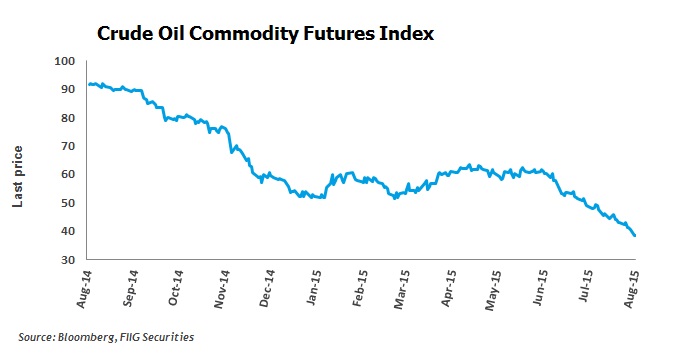 The clawback in yesterday’s trading may present an opportunity to sell shares if you were concerned about the market slide. Whatever your view, our latest suggested strategies by Craig Swanger provide excellent cut-through and concrete suggestions regarding repositioning your portfolio for ongoing anticipated volatility.

Note: The market is very fluid. The graphs above were constructed at 11am on Tuesday 25 August 2015.

Our client is seeking a candidate with a CA/CPA qualification (or part-qualified) and 5+ years of experience in Fund Financial / Statutory Reporting: https://www.antonmurray.com/job/senior-financial-accountant-2
#sydneyjobs #

This is an exceptional new Investment Compliance Analyst that has become available with a prominent global firm in their Sydney office: http://ow.ly/qvxk50MtcSx
#sydneyjobs #amc #antonmurrayconsulting #financejobs